I've finally made a full recovery from what I'd call a pretty bad run, which ultimately resulted in 8 weeks off the bike, due to having fractured my left proximal humerus. Not an easy 8 weeks.

For the first couple of weeks, additionally to being unable to ride, I was unable to study effectively - the pain reduced my concentration span somewhat. After this period, however, I had more than enough time to catch up on anything that I had missed. Long story short, my grades didn't suffer. In fact, I've managed to maintain a 100% assignment average on the Calculus paper which I am studying extramurally via Massey University and recently was awarded a 99% score (yeah, yeah... I know... not good enough) after having sat a test on campus.

Thankfully, it's all over now!

I've just enjoyed my first ride back on my new Merida Scultura EVO DA-com. I must say that I am very pleased with it. It handles beautifully, offers a smooth ride and I'm absolutely in love with the ergonomic design of the new (yeah, yeah... not that new) Dura-Ace shifters. I felt fairly good and am looking forward to all that lies ahead - I definitely can't wait to start racing again (but I'm going to have to...)!

I'll leave you with a picture of my pretty, new bike, 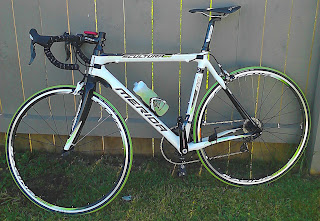 Posted by clookid at 3:57 PM No comments:

Through Strava.com, Rapha have been holding an 8 day challenge, whereby participants have been challenged to climb 6,881m over the 8 day period. Alongside this challenge, Rapha put a racing kit, shoes and bag (with a total value of $1,185 USD) up for grabs to the single rider who experienced the most elevation gain on July 18th, the same day as the hilliest stage of the Tour de France, within their own respective timezone. Where there's a challenge, there's always an opportunity. I decided to give it a shot.

Starting at 5am on Wednesday morning, I got dressed, filled a dozen bottles, ate some breakfast and was out the door and pedalling at 5.30am. Taking it easy, I pedalled towards Maungakotukutuku Road. I had the intention of reaching the base of the climb at around 6am, and sticking around until approximately 6pm. This was not to be my first endurance attempt up Maungakotukutuku Road, either. In July 2009, I ascended the hill 25 times in 8 hours, and raised more than $1000 for KidsCan in the process. I figured that familiarity would get me through.

I started my 1st ascent, trying to determine what sort of pace I would comfortably be able to hold for 12 hours. Obviously, as a result, my 1st climb was a little uneven and a smidgen faster than the rest of the climbs. Starting my 2nd ascent, I was finding it quite hard to get into a rhythm, as I typically keep a fairly high cadence, and was limited to 39x27 as my lowest gear. About midway up, I started to settle and found myself grinding at around 55-60rpm, dependent on the gradient of the climb at any given point. This was to remain the case for the remainder of the ride.

Descending the hill for the 2nd time, I saw David Brazier and his crew. Only lunatics ride that early in the morning. Another ascent down. David joined me for a portion of my 4th climb (thanks David!), before they were on their way again. Reaching the bottom of the hill for the 4th time, Mum had arrived. Quickly, I handed her a layer of clothing and got moving again. Not a huge amount to report on for the next dozen or so climbs, except for the fact that with temperatures ranging between 9 and 23 degrees Celsius throughout the day, it was never too easy to decide how many layers to wear, so that I didn't overheat on the climbs or get too cold on the descents.

Fairly happy to have finished my first 20 ascents and descents in 5 hours and 29 minutes, including breaks, I was about to flick The Potato Guy (Tim Neal) a message to let him know how I was going... But when I finished my 20th descent, he was waiting for me. Quickly, I moved all of my bags out from the bushes and into Tim's van (Mum had to leave for a couple of hours or so), had a nibble and kept on climbing, while Tim started to warm up at the base of the hill. 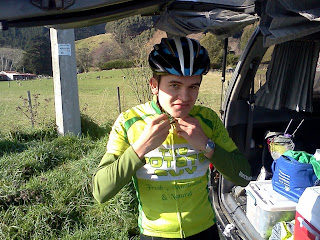 Tim joined me as I started climb number 22. Towards the end of descent 22, things got a little bit scary. My plastic bottle cage snapped, and my bottle almost came out. I held it in place for the rest of the descent, and put the bottle by the wheel of Tim's van as I reached the bottom. I quickly flicked Tim a text message, and he waited for me at the top as I finished my 23rd ascent. I descended with Tim, swapped his cage onto my bike, gobbled down some of his brownie and kept moving. Congratulations on completing five climbs, Tim. I'm pleased to see that you're recovering from your hip replacement so quickly.

Shortly after this, Mum returned with Dianna Borman. Dianna started climbing with me on my next ascent. Before I knew it, I'd beaten my personal record of 25 climbs in 8 hours. Back in 2009, I was absolutely trashed after this effort. This time, I had taken 7 hours and 9 minutes, and was still feeling fresh. Peter Jenkins turned up to yell some encouragement as he rode past and Adrian McKenzie rode over during his lunch break to see how I was going. Dianna kept riding with me, right through till the next milestone was reached. 30 climbs. It took me 8 hours and 54 minutes to thieve Stu Downs' Kapiti record. Stu has already thanked me for taking the title off of him, because it's put another ride on his To Do list.

After my 30th descent, to celebrate, I feasted. I ate one of Tim's chocolate brownies and a whole tray of chocolate pudding, courtesy of Cookies, that Mum had bought for me. I felt like rubbish on my next climb. I had eaten too much. I carried on. After my next descent, I took another break and listening to Tim's advice, got back on the bike, making sure that the next 2 climbs were exceptionally easy. I did this, just as my Chemistry and Physics teachers (Mr Jones and Mr Haddon, respectively) turned up on mountain bikes, joining me for my next climb, promising to return towards the end of my ride.

Over the next few climbs, Lisa Forde and Stu both turned up to offer encouragement. And true to their word, Mr Jones and Mr Haddon returned, ready for climb 39. I finished my 40th descent and then rode home. 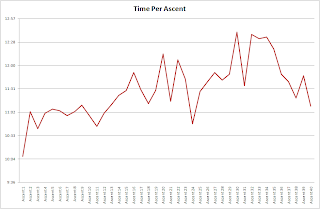 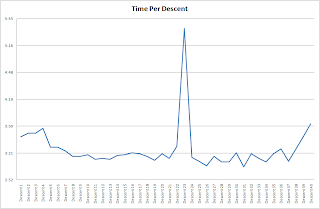 Thank you very much to all supporters - especially to my mother, Dianna and Tim. Thank you to Paul Rawlinson, who helped formulate ideas for this challenge. And, of course, a big thank you to Greg Cundy, for his continued sound advice and coaching.

And thank you for your interest,

Charles.
Posted by clookid at 12:08 AM No comments: 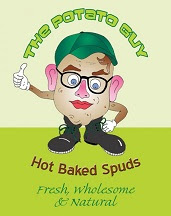